On the afternoon of July 9th, Western Time, I finally got up the courage to tell what I felt – a mistake to drive the Chinese people’s right to defend the direction of the hype which what I have seen and heard since I was released from prison in September 2019.I did not only publish my personal views on Chinese human rights lawyers on my own Twitter, but also promoted my ideas in the tweets and telegram groups of the US State Department, Free Asia, and some individuals.

I think that Chinese human rights lawyers can hardly take on the important historical responsibility. They know that the CCP does not care about the legal system at all, but they have not proposed to overthrow the CCP’s tyranny. They also create spiritual opium for the Chinese people and require judicial reforms. They do nothing but to further paralyze the suffering people. Regardless of whether they agree subjectively or not, objectively they have helped the CCP extend its life. Human rights defenders are already using their lives to fight for their rights. Why should lawyers still work and operate in the CCP system instead of lying flat? Isn’t it the responsibility of every Chinese to fight for democracy, freedom, and dignity? At present, sober and sturdy Chinese should be the petitioners on strike, and the lawyers on strike!

I also sent this paragraph of mine to a respected elder, and the elder quickly replied to me: very interesting insights. But sometimes the victim still asks a lawyer to visit, at least to get some information about their relatives. I immediately replied: However, you can not eat the cake and display it, you cannot have both. If you want to be free early, you have to endure temporary pain; there is no need to carry news, because it is true that many people are. I have endured it or I am enduring it. It has been this way. The elder did not read my reply again.

I think: I have publicly disclosed my commendation to Chinese human rights lawyers, especially for the 709 commendation given by the U.S. State Department. First of all, I don’t know about the political stance of the 709 group. As far as 709 itself is concerned, it has already received too much attention and aura, which has far exceeded other suppressed groups or individuals. What’s more, 709 itself is constantly hyping themselves. If what they repost is the content that correctly leads the direction of the rights protection of the Chinese people, then the more popular it is, the more welcome it will be. Therefore, I just want more people to stay awake, not to talk about others, to prevent another sound from blocking everything, and to prevent the creation of a new mountain and false mansion after the overthrow of the CCP. (Of course, I’m talking about prevention, and it doesn’t necessarily exist.)
Besides, I don’t think there is anything wrong with my own opinion. Since everyone is pursuing democracy and freedom, they should take into account different opinions, otherwise it will become a fake anti-Communist and fake democracy.

Besides, I personally think that so far, domestic and foreign people have not had enough knowledge of China’s human rights lawyers, especially 709, and they have given them too high praise and honoring. In China, a country that does not emphasize the legal system and human rights, everyone is infringed and everyone is at risk. The lawyers themselves know more about China’s inability to control the law than any Chinese, and the profession of lawyers is to defend the law and justice. The lawyers go to court and say couple words of justice in accordance with the law. It is a matter of their own accord. Isn’t it possible if they speak for the interests of the Chinese Communist Party would be joined the evil force?!

If a lawyer does his job and then be called as a hero and role model, as well as those who are oppressed by the CCP have to be grateful to them and full of praise, isn’t this a typical Stockholm syndrome?

I personally think that the attention and praise given to Chinese human rights lawyers at home and abroad is like putting a layer of the emperor’s new costume on these lawyers, and I want to refer to this non-existent new costume today. Look, everyone, put the lawyer back in its original position.

Faced with the tyranny of the CCP, lawyers, journalists, and victims from all walks of life in China are all the same victims. They have an obligation to fight against the tyranny, and should not overemphasize which group or person is important! To overthrow theCCP’s tyranny is the responsibility of every victim of tyranny and every flesh and blood Chinese. It only depends on whether he has this knowledge.

In addition, the reason why it is impossible for Chinese lawyers to perform the same important tasks as lawyers during the democratic transition in Western countries is that the most essential reason is that Chinese lawyers were born in the soil of socialism and are dependent on the socialist system. Survival is absolutely different from the educational background and asset ownership of lawyers in Western countries. It creates the essential difference between the ideological realm and courage of Chinese lawyers—the ideological realm and courage of Chinese lawyers will not be more than that of ordinary people in China. How much, maybe even inferior to them. Therefore, the human rights lawyers suppressed in China are no different from human rights petitioners. In countries where the legal system is not emphasized, lawyers and laws are all furnishings. Petitioners are awakening. Petitioning is a dead end. Only by overthrowing the CCP can there be a way out. Then sober-minded lawyers should be more at the forefront of the times, rather than shrinking under the emperor’s new clothes for judicial reform. Even if you do not speak publicly to overthrow the CCP, at least you should not cooperate with the emperor in acting! 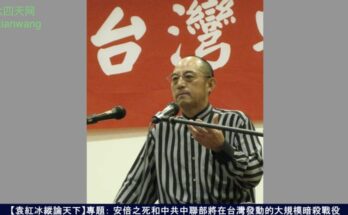 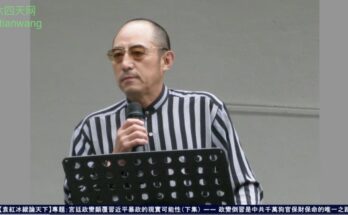 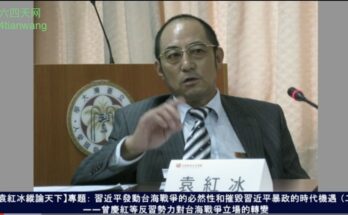 View all posts by wang jing → 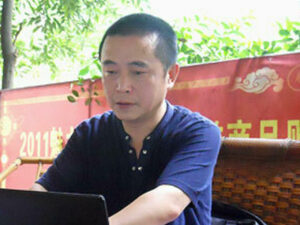